Learn more about the administrators, faculty, and professional advisors who work together to provide a valuable and meaningful interdisciplinary education at UCF.  Meet the team and travel back in time to 1969 when the earliest iteration of this academic program provided a viable alternative for students seeking a greater breadth of education than a traditional disciplinary degree. 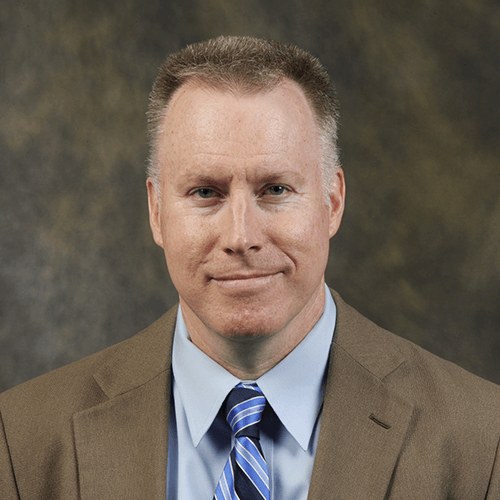 Dr. Bowen became Director of Interdisciplinary Studies on August 1, 2017. He earned his M.A. and Ph.D. in European History from Northwestern University, a Master of Strategic Studies from the US Army War College, a B.A. in History from the University of Southern California, and is also Professor of History at UCF. He was formerly the Director of University Studies and Chair of the Department of History at Southeast Missouri State University. Bowen’s research has focused on Spanish history, with five published books in this field, and two additional ones on the Middle East. As someone who changed his major from physics to history as an undergraduate, and his career plan from petroleum engineer to historian, he identifies with IDS students seeking to find their own academic and professional paths. Dr. Bowen is also a Colonel in the US Army Reserve, with completed tours in Bosnia and Iraq. 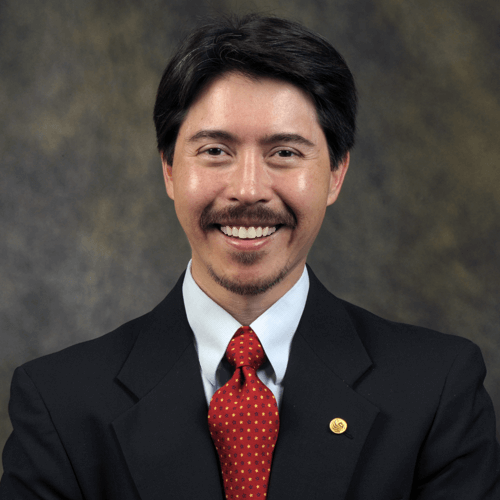 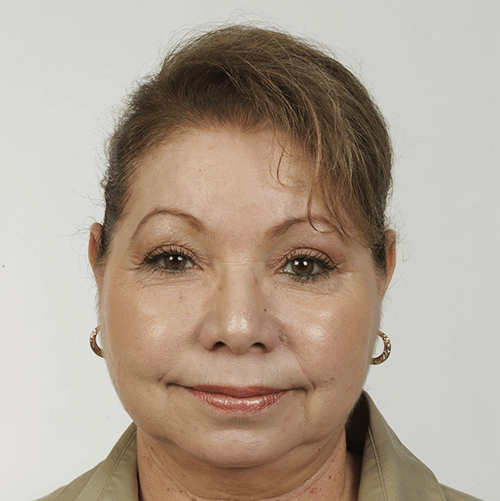 Ms. Rios joined Interdisciplinary Studies as Administrative Assistant in March 2008. Prior to this position, she served for 17 years in various key positions including Operations Manager for the Counseling Department at Cuyahoga Community College. In that role, she worked closely with administrators, faculty, staff & community leaders to ensure retention and success of students until graduation. She has also worked as an English-as-a-Second Language Instructor in the metro Orlando area. Ms. Rios earned dual undergraduate degrees in Business Administration and Real Estate/Mortgage Finance. She continues her studies in pursuit of a Bachelor of Science degree in Interdisciplinary Studies at the University of Central Florida. 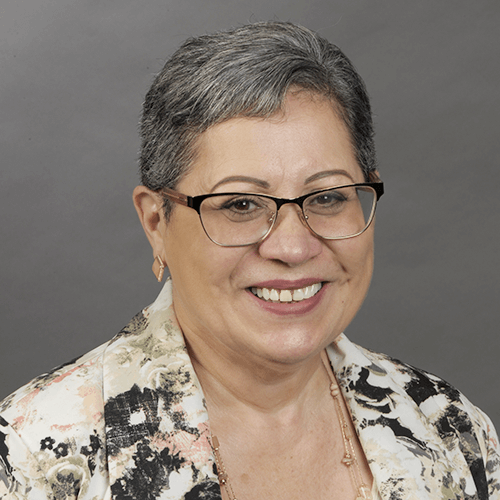 Ms. Rosario joined the Interdisciplinary Studies team in March 2011. Prior to coming to UCF she had worked at a family health center as an HR administrator, in the WIC and Community Services programs within a community action agency, as well as in brokerage firms on Wall Street. 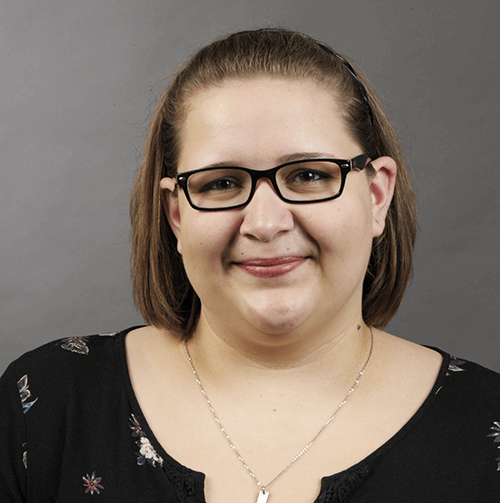 Ms. Hoyt joined Interdisciplinary Studies in July of 2015. Prior to joining the office, she worked as a student assistant in the Dean’s Office for the College of Undergraduate Studies for 2 years. She earned an Associate of Arts degree from the University of Central Florida in 2016. Joanna is currently working towards a Bachelor of Arts in the Interdisciplinary Studies – Women’s Studies track. 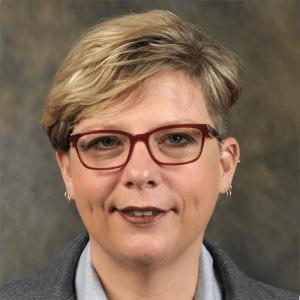 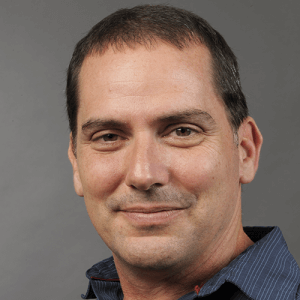 Dr. Plate joined the University of Central Florida in August 2016 as lecturer in Environmental Studies and Interdisciplinary Studies. A central Florida native, Dr. Plate holds a PhD in Interdisciplinary Ecology from the University of Florida and degrees in English and Chemical Engineering from Clemson University. He has taught courses in environmental science, environmental ethics and politics, marine resource management, and writing. He has authored numerous articles on the human dimensions of natural resource management and co-authored a textbook on sustainability. Dr. Plate’s research focuses on how people learn and make decisions about complex social-ecological systems. 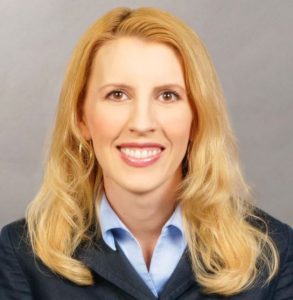 Dr. Danielle Eadens joined the Interdisciplinary Studies faculty at UCF in Fall 2019 as lead faculty for the Integrative General Studies program and has taught in Higher Education since 2005. She holds a PhD in Interdisciplinary Education (foci: Criminology, Special Education, & Mass Communications) from the University of South Florida (USF). Her other graduate work includes two Master’s degrees, one in Educational Technology from Northern Arizona University (NAU) and one in Special Education from USF. She holds a Bachelor’s in Mass Communications from USF. After working in public schools as a special education teacher, she served as a Professor of Special Education and the Coordinator of a dual major (Special & Elementary Education) program at NAU and in a similar role at St. Petersburg College. Dr. Eadens is a national speaker, published author, and currently researches changing paradigms within education and beyond. 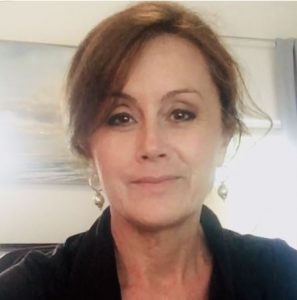 Dr. Cadwell Bazata joined UCF in 2008, and Interdisciplinary Studies in 2013. She has a Doctorate in Education (Curriculum & Instruction with a specialization in College Teaching & Leadership) from UCF, a Master’s in Teaching English to Speakers of Other Languages (TESOL) from UCF, a Master’s in Journalism-News/Editorial from the University of Nebraska, and a Bachelor of Science in Journalism with a minor in math from the University of Kansas. Her work at UCF includes the development of the Integrative General Studies (BGS) degree program, Institutional Effectiveness assessment plans for the IDS and BGS degree programs, and a strategic communication plan based on the university’s dimensions of organizational culture. Dr. Cadwell Bazata’s research interests include the intersection of organizational culture and strategic communication as it relates to equity in opportunity in higher education; and interdisciplinary/ integrative teaching, learning, and assessment. 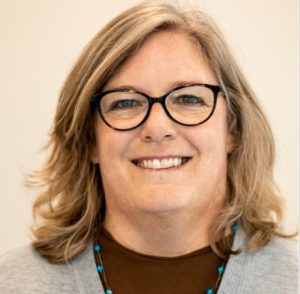 Dr. Vaughan graduated from UCF in 2011 with a PhD in Texts and Technology. She is currently teaching courses in both Technical Communication and Interdisciplinary Studies and serves on various academic and administrative committees. Dr. Vaughan’s research interests include online pedagogy, e-portfolios as evocative and informative objects, and the use of reflective assessment to enhance student understanding of online assignments. 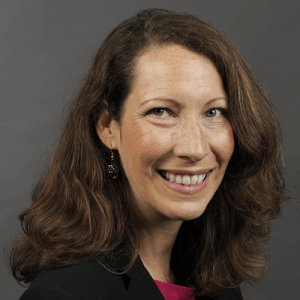 Dr. Pacheco joined the IDS faculty in 2012 and has taught at the university level since 1999. She holds a Bachelor’s degree in Psychology from the University of Delaware, a Master’s degree in Counselor Education from the University of Virginia, and a Doctorate in Educational Leadership from the University of Central Florida. Prior to her role with Interdisciplinary Studies, she served as the Interim Associate Director and instructor for UCF Experiential Learning, the Assistant Director of Career Services at Stetson University, and the coordinator of a National Science Foundation grant held jointly between Seminole State University and Daytona State College. Outside academia, she has founded and led both a consulting company and a nonprofit organization, served as a corporate recruiter, and organized a multitude of community organizations and events. 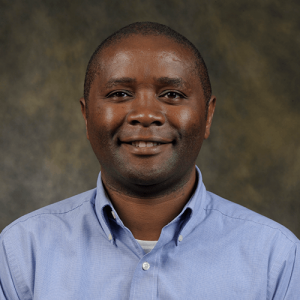 Dr. Oonge joined UCF in 2016 as an assistant dean for academic planning in the College of Undergraduate Studies. Harrison oversees the Pegasus Path (degree planning tool) project, curriculum alignment, and articulation agreements. Prior to joining UCF, Harrison worked for three years at West Virginia University (WVU) as a project specialist in Undergraduate Academic Affairs and an adjunct professor in WVU’s College of Education and Human Services where he taught undergraduate and graduate level courses. Harrison holds a B.A. in Education (Kenyatta University, Kenya), M.A. Special Education (WVU), and Ed.D. in Curriculum and Instruction (WVU). 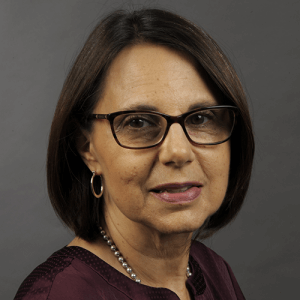 Mrs. Baxter first taught Interdisciplinary Studies Cornerstone and Capstone courses in 2015 in partnership with Global UCF. She has been teaching university-level English and related courses in the United States and Asia for more than 15 years. She earned a Bachelor of Education from the University of Florida and a Master of Education in Teaching English to Speakers of Other Languages from the University of the Philippines. While living in Asia, Mrs. Baxter also served on the Board of Trustees of an international school while conducting research on effective English acquisition for non-native speakers in an international school environment. 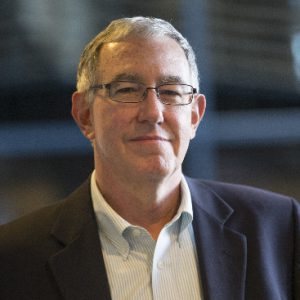 Dr. Gilbrook joined the faculty of Interdisciplinary Studies in August 2003 to teach two courses in Geographic Information Systems (GIS) for the Environmental Studies program. He has 30 years of experience using GIS for a variety of environmental planning, facility siting, and environmental impact analyses for both the public and private sector. He holds a PhD in Conservation Biology from the University of Central Florida, and is both an AICP-certified planner and a GISCI-certified GIS Professional. Starting in Fall 2019, Dr. Gilbrook is also teaching an online section of the IDS 3150 “Foundations in Environmental Studies” developed by Dr. Richard Plate. Dr. Gilbrook says he gets tremendous satisfaction from the many former students who have found success in their academic or professional careers using the GIS skills they learned in the UCF Bachelor of Science in Environmental Studies program. 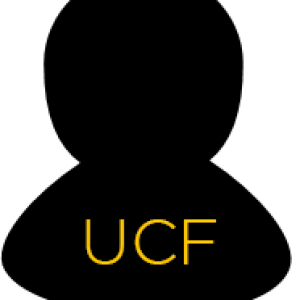 Mr. Salmon joined the Interdisciplinary Studies faculty in 2008. Frank has a B.S. in Geography from Southern Connecticut State University and an M.A. in Geography from the University of North Carolina at Charlotte. He teaches two courses in GIS for Environmental Studies and he strives to teach students an applied approach to the discipline. Mr. Salmon is a GISCI-certified professional with close to 20 years of Geospatial consultant experience managing multi-disciplinary projects in the environmental, utility, transportation, and IT industries. 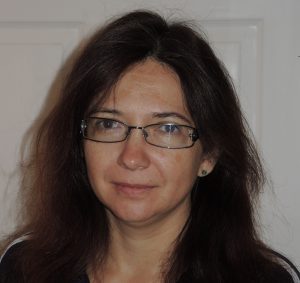 Ms. Bourova, GISP joined the Interdisciplinary Studies faculty in 2017.  She has a Masters Degree in Physics and Meteorology from Sofia University, Associates degree in computer programming and was awarded GIS Professional certification in 2007. Ms Bourova is GIS Coordinator for LYNX Central Florida Regional Transportation Authority since 2002 and a Board Member and Vice-Chair of Central Florida GIS Workshop, educational nonprofit organization established in 2005. 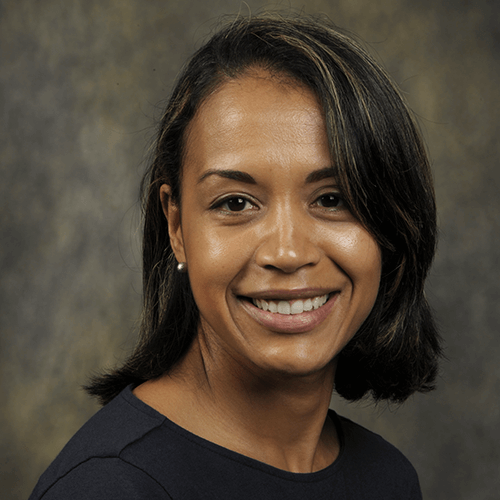 Ms. Cintron joined Interdisciplinary Studies in October 2013. Prior to joining the office, she worked as an Academic Advisor in the College of Education and Human Performance, where she provided advising to both undergraduate and graduate students in the College. She also coordinated the degree certification process of graduate students completing their master’s degree. Luisa earned a B.S. degree in Geography from Salem State University and a M.A degree in Instructional Design and Technology from the University of Central Florida. 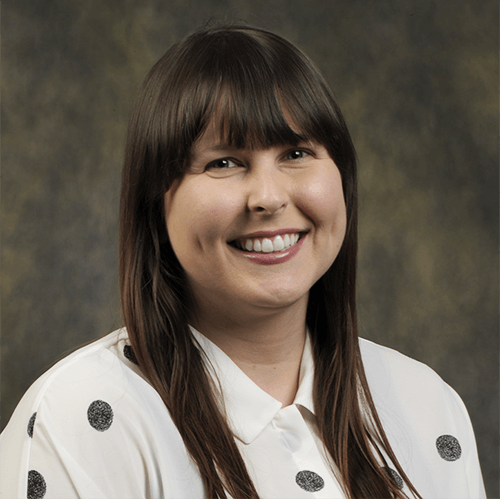 Ms. Van Epps joined Interdisciplinary Studies in May 2015. In 2009, she earned an Associate of Science in Photographic Technology from Daytona State College. While pursuing a Bachelor of Arts in Interdisciplinary Studies, she worked in the office as a transition advisor assisting prospective students. Her areas of study were Behavioral and Social Sciences, Arts, and minor in Interpersonal and Organizational Communication. Amy graduated with a Master of Arts in Higher Education and Policy Studies from the University of Central Florida in May 2015. Prior to joining the office, Amy worked as a Student Services Advisor for Valencia College. 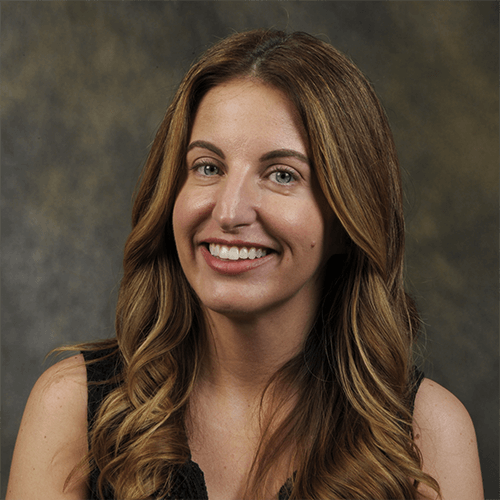 Ms. Baxley joined Interdisciplinary Studies in January 2017. Prior to joining the office, she worked as a coordinator advising students in Academic Support Services for UCF’s NanoScience Technology Center. She has also worked as an Academic Advisor at Eastern Kentucky University College of Arts and Sciences. Karen has a B.S. in Sociology from Columbus State University, and an M.A. in Sociology from Georgia Southern University. 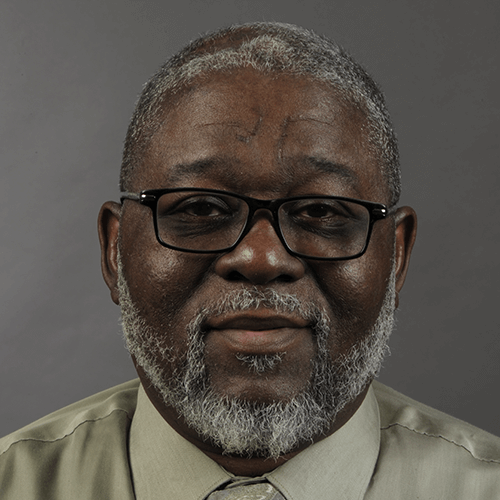 Mr. Smith joined Interdisciplinary Studies in September of 2017. He previously worked at Columbia College in Columbia, MO where he was the Director of Recruitment.  James served in the US Navy for 23 years. He is previously from Georgia and is a big sports fan.

Between 1981 and 2006 the Liberal Studies program offered students BA and BS degrees with a major in Liberal Studies. While the program evolved a great deal across its quarter century, the foundation of the program was always to offer academic flexibility to students. The Liberal Studies program “recognize[d] that… there [were] many combinations of courses which [could] be structured into meaningful programs to meet the needs of individual students” (1989-90 Undergraduate Catalog. University of Central Florida. 1989. 22(1). P 72.) As such, a Liberal Studies degree allowed students, whose academic interests or career plans could not be met by another academic discipline, to build a major that suited their needs. 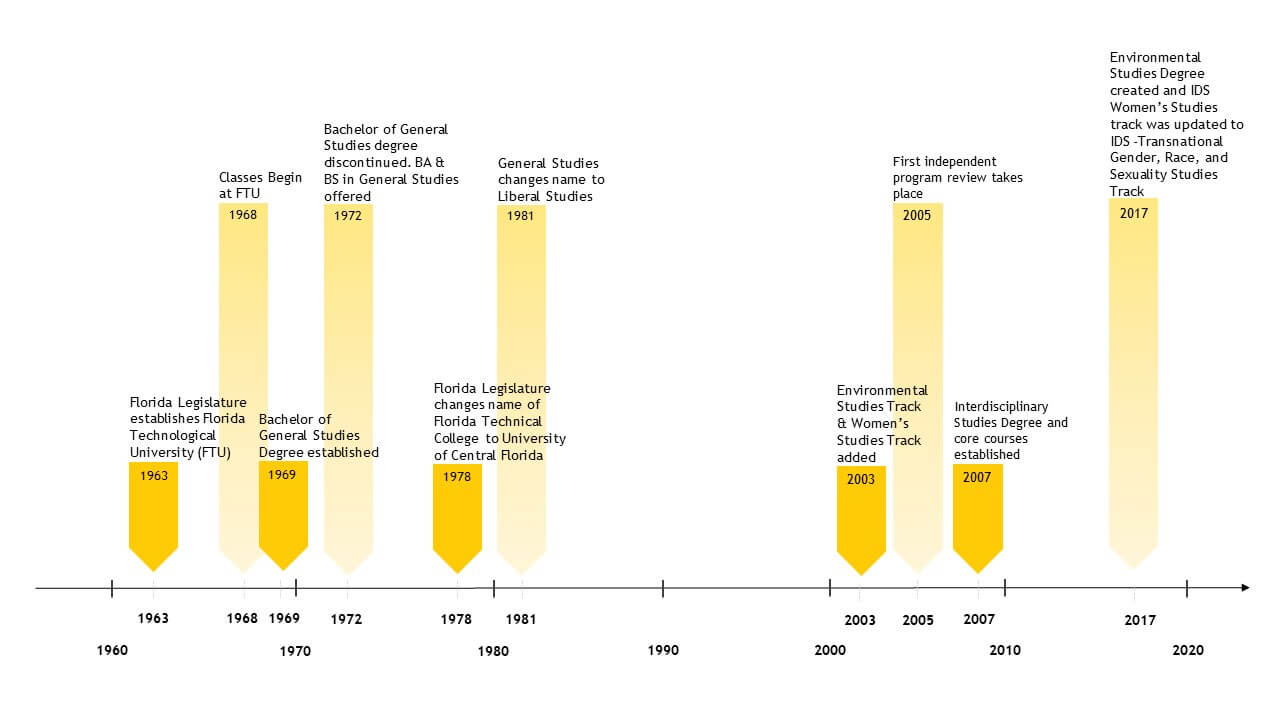 For the 2019-2020 academic year, the Environmental Studies curriculum was revised to include a research methods course, the Bachelor of Arts in Interdisciplinary Studies – Transnational Gender, Race, and Sexuality Studies Track was expanded and revised to become the Diversity Studies Track, and after a 47 year hiatus, the Bachelor of General Studies (BGS) degree has returned for students interested in completing the Integrative General Studies major.

Numerous researchers have found that the number and distribution of interdisciplinary undergraduate programs have increased substantially in the past 25 years, outpacing the growth rate of student enrollments. The Bachelor’s in Interdisciplinary Studies program at UCF is an example of this exceptional growth. Almost 9,000 degrees in general studies, liberal studies, and interdisciplinary studies have been awarded at UCF since 1971. The number of degrees awarded in General Studies in 1974-1975 was 37 compared to 564 degrees awarded in 2008-2009, a 1,424% increase in degrees conferred in a 34-year period, nearly triple the growth rate of bachelor’s degrees conferred university-wide in the same time-frame.